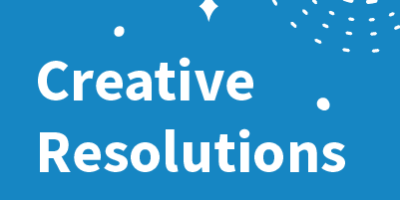 Okay, okay, it’s pretty easy to dive head-first into the coming year with a reasonable degree of scepticism and dismay. After all, 2020 hasn’t been the kind of year any of us expected — or wanted. But that’s not to say there’s nothing to be gleaned from the past few months.

A lot has changed throughout the pandemic in the ways businesses choose to engage with audiences. Some of this has largely been down to necessity, but many new and innovative shifts have also been thrown into the mix. Put them together, and you’ve got a pretty good indication of what marketing to customers is going to look like in 2021.

At this point, it’s worth noting that any predictions right now could include a swarm of murder hornets on the list and it would still be plausible. Fortunately, that’s not the case here. In fact, the message for 2021 is clear and simple: Customer experience (CX) will be more important than ever.

In a post-pandemic world, businesses and brands are being evaluated on a human scale like never before. That’s probably because moments of crisis and uncertainty tend to galvanise new ways of thinking and shift views on what matters most to people as a whole.

Togetherness, compassion and being a force for good in the world are all values that seem to resonate most nowadays. According to a recent study by Salesforce, 71% of customers believe businesses that have shown increased levels of care and empathy this year are the ones that deserve their loyalty. And while CX has always fundamentally been about relationships over transactions, it looks as though that’s only going to be pushed further to the front of everyone’s minds as we move into 2021.

So the real question is — where should businesses and brands focus their efforts in the new year? What can they really do to strengthen those customer relationships in relevant and beneficial ways? Here are a few key areas you should pay attention to.

User generated content: Let your customers do the talking

We spend so much time crafting the words and language we use as a business that sometimes it’s easy to overlook the voices that matter most — our customers. Everyone understands the value of customer reviews and testimonials, but distilling a customer’s experience down to a single soundbite doesn’t always paint the full picture.

User-generated content, as the name suggests, puts the customer’s message — not brand messaging — at the centre of everything. It’s still in-line with what you want to say as a business, but told through the eyes of your customers.

Since the rise of influencer marketing in 2016, user-generated content has become a cornerstone of many brands’ marketing strategies, repurposing the content of their followers and customers (typically across social media) as a way of making themselves more relatable and accessible to relevant audiences. For example, many fashion brands feature images and footage of real customers modelling clothes across Instagram. This not only serves as authentic ‘digital word-of-mouth’ but also reinforces the idea of community — something an individual can envision themselves buying into.

During the national lockdown, however, we saw many famous brands take this a step further; incorporating Face Time-esque videos of their customers as part of their mainline marketing. This trend has only continued in recent months, with household brands like Asda, Microsoft and Nationwide still going down this route. But if you want to see an example from one of the brands that did it first, way before the pandemic, check out Santander’s effort from 2017.

Nostalgia marketing has been described as ‘the advertising equivalent of comfort food’. Considering the kind of year we’ve had, it’s easy to see why audiences would be so receptive to something so calorifically saturated with good feels, harking back to simpler and less infected times.

Nostalgia has always been used in media for both stylistic and emotive reasons. But as a straight-up marketing strategy, it tends to fall in and out of fashion, tempered greatly by the times in which it’s being used. The resurgence in 80s and 90s culture we’ve seen in modern film and television — a result of content creators who grew up in that era now tapping into those specific memories and experiences — has spilled over into mainstream marketing.

Earlier in the year, Adidas launched a limited run of vintage football strips from the 80s. At the same time, Budweiser revived its infamous ‘Wassup’ campaign from twenty years ago, suitably retrofitted with a new message for our current times and predicaments. All the while, however, it has been Nintendo who have steadily marketed an entire console generation around its own nostalgic history.

Since emerging on the scene over three decades ago, the video games giant has built up a roster of memorable franchises — and with it a sizeable and dedicated fanbase that could easily rival that of Disney. With more than 30 year’s worth of gaming nostalgia banked, it makes a lot of sense to draw on those memories as a way of connecting with target audiences today.

If your services are mainly in the B2B region and you’ve made it this far down the list, then you’re probably wondering how this applies to you. Well, frankly, it doesn’t — at least not until now.

We’ve always championed the need for B2B organisations to adopt more marketing practices traditionally associated with B2C. And despite there being an obvious distinction, the two are not always mutually exclusive. This has certainly been the case recently, with more and more industries outside of those typically found online launching websites.

Note: This article was originally published on Koobr.com

According to Growth Accelerator, more than 85,000 businesses in the UK joined the online market place as a result of having to social distance temporarily. Out of these 85,000 businesses, many were in industries less likely to connect with customers directly online, such as manufacturing, industrial and business support.

If this is a sign of where things are headed — coupled with the notion that CX is a priority for 2021 — then ensuring convenience and accessibility online makes a lot of sense. For businesses already online, then looking at ways to make user experiences more engaging, convenient and personable is certainly a step in the right direction.