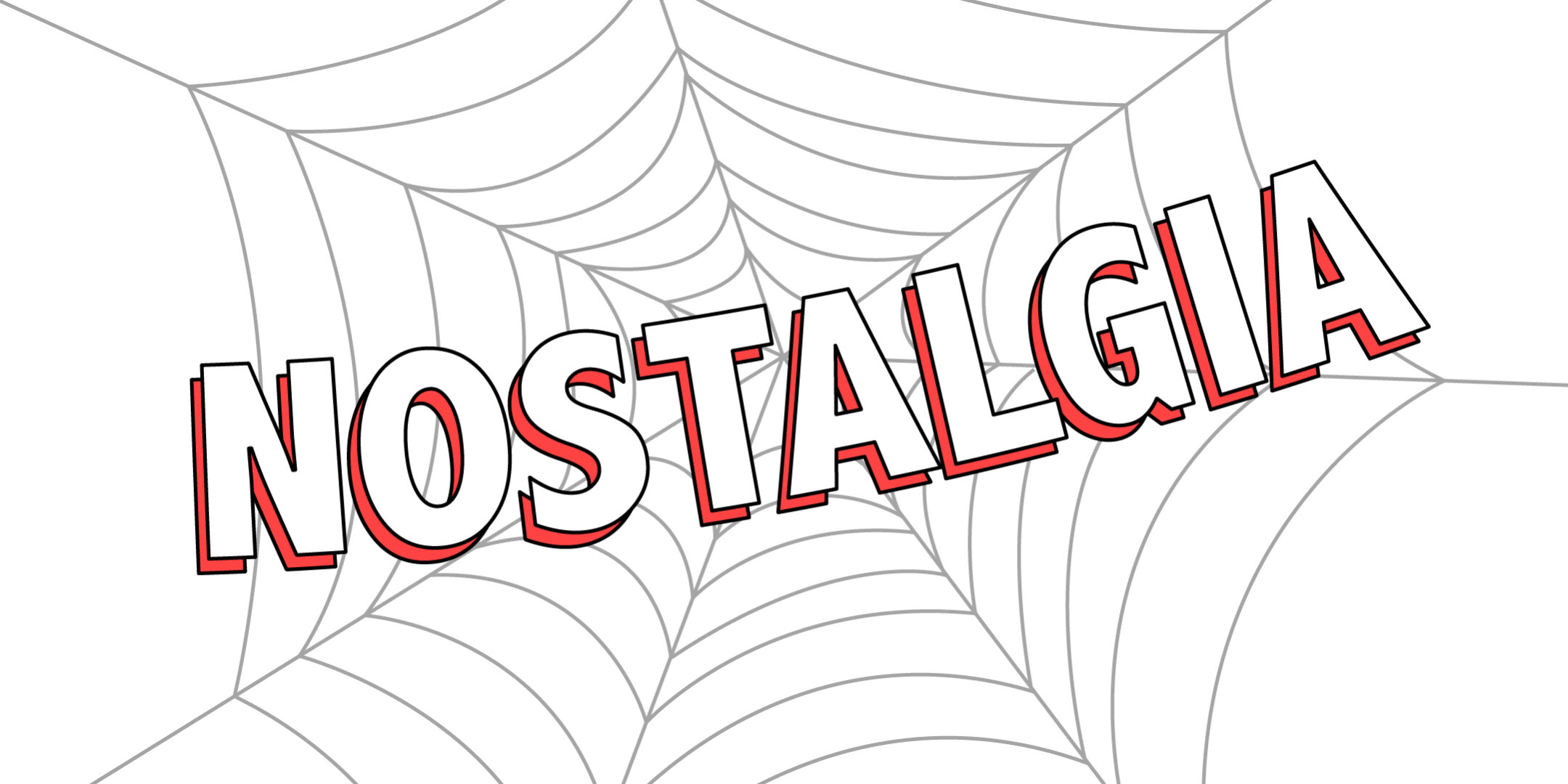 At Koobr, we’re all about trends. We monitor the trends to see what is in fashion and what isn’t. Regular followers of the Kooblog will also see that we have made plenty of references to pop culture in the past. And that’s about to continue. As a marketing agency in Derby, but servicing clients all over the world, our finger needs to be on the pulse. Today we are talking about monitoring all the subtle marketing hints that are featured in the NEW Spider-man movie. *This article was hard to write without ruining the film.

Tiny spoiler alert, we talk about the new and the old spider-man movies, but there are no plot details given away. Instead, it’s more about nostalgia and why sometimes, old is not necessarily better but is reinvigorating. We’ll start by comparing elements that Marvel have used to market the new spider-man and how they have used the good old days to market the movie.

Everybody loves a bit of nostalgia. In marketing, it’s a go-to and every brand is at it. Even sports teams. Mid-table football clubs like Arsenal are constantly releasing retro kits as a blast from the past! It makes the fans go crazy, they love the kit and they spend their hard-earned cash on great some looking merchandise. Tracksuits, shirts, shorts, the lot! If your brand is struggling, like Arsenal often do, then the temptation is to revisit the glory days when they were good. That’s a major win for nostalgic marketing, revisiting the glory days. Older doesn’t mean better, but it is human nature to seek past glories and feel better about yourself through nostalgia. Based in Derby, marketing agency Koobr would love to contribute to the nostalgic days of the local football team! We love the old kits.

How did marvel do it in Spider-man?

Okay, let’s get back to the point. The new Spider-man movie! Old and new marketing come together and Marvel has really played on the glory days. Look away now if you don’t want to see any soft spoilers…

All spider-mans are in it. Tom Holland continues his role as the superhero but there are nods to the original; Tobey Maguire, as well as the GOAT spider-man, Andrew Garfield. (Send your opinions here). All generations have grown with different spider-men. The screams throughout the cinemas when Garfield and Maguire said hello will be exactly what Marvel would have been hoping for. It’s the same WOW factor that marketing agencies are going for when they release pictures and retro designs. Target audiences lap it up.

Why does nostalgia work?

Nostalgia works both ways. For the majority, a quick social media scan reveals that people loved the older references. Seeing Garfield and Maguire come back will have bought joy and relief to many audiences. In the pandemic era as well, nostalgia is particularly important. From a psychological angle, people like the olden days because it reminds them of ‘better times’. Obviously, this is an opinion but a lot of people want to be reminded of times before restrictions. The blast from the past in this film led to people thinking about the pre-pandemic era. That’s why it has gone down successfully and looks like it will break plenty of box office records.

Obviously, it will not ALWAYS work. Old doesn’t always mean better. Some audiences will argue that the past is the past and that is where it should be left. Marketing agencies and people who work there have to figure out the right tone, and what the audience might be looking for. In this case, Marvel seemed to nail it and we’re all for a bit of nostalgia.

We did a test at Koobr HQ. From our office in Derby, after lengthy discussions, we decided that new is better. Tom Holland was the overwhelming winner when it went to an extensive vote. Tobey Maguire had a lot of votes coming in second place, and Andrew Garfield came in third. Could this be a win for recency bias? Is Maguire more popular because he was the original? And is Andrew Garfield just unlucky to be stuck in the middle?

BUT if you are going to be nostalgic, you need to go way back! Just bringing back Andrew Garfield wouldn’t have got the WOW factor that Marvel and the producers and directors were looking for. Maguire adds that extra element, going to back the original days. Drop us a message on our social media pages if you are interested in sharing your thoughts on Spider-man.

How it started and how it’s going

Remember in late 2020 when there was a meme doing the rounds on social media. How it started vs how it’s going… We had football teams joining in, but so were plenty of brands. Creative agencies and forward-thinking marketers were jumping all over the meme.

For plenty of brands, it was very nostalgic. Interaction and engagement went through the roof on social media due. Lots of ‘WOW I remember that, which is exactly what marketers were going for. Big brands like Nestle were all over it and it was great to see. There were also plenty of surprises and things we didn’t even know.

Koobr is a prime example. The team have always been a marketing agency in Derby and served clients over the country. But the company has its roots in terms of names and logos. Originally Baseline, Koobr was the new and improved company. The thing is, it wasn’t necessarily better, it was always good! The team just felt things needed shaking up and Koobr was born. This is an example of a marketing agency rebranding, but staying loyal to its roots in Derby. For anyone with a particular interest in branding (and rebranding for that matter!), you can read the reasons why it is so important here.

Thinking of rebranding? – Get in touch with Koobr!

Ultimately, it is a company’s brand that brings about nostalgia. People will reminisce about the good days because they want to feel good about themselves. Football teams have often rebranded their logos in order to come back to more simpler, cleaner logos and visions. As a marketing agency Koobr have done plenty of rebrands for clients in the Derby area and further afield. There are some examples here.