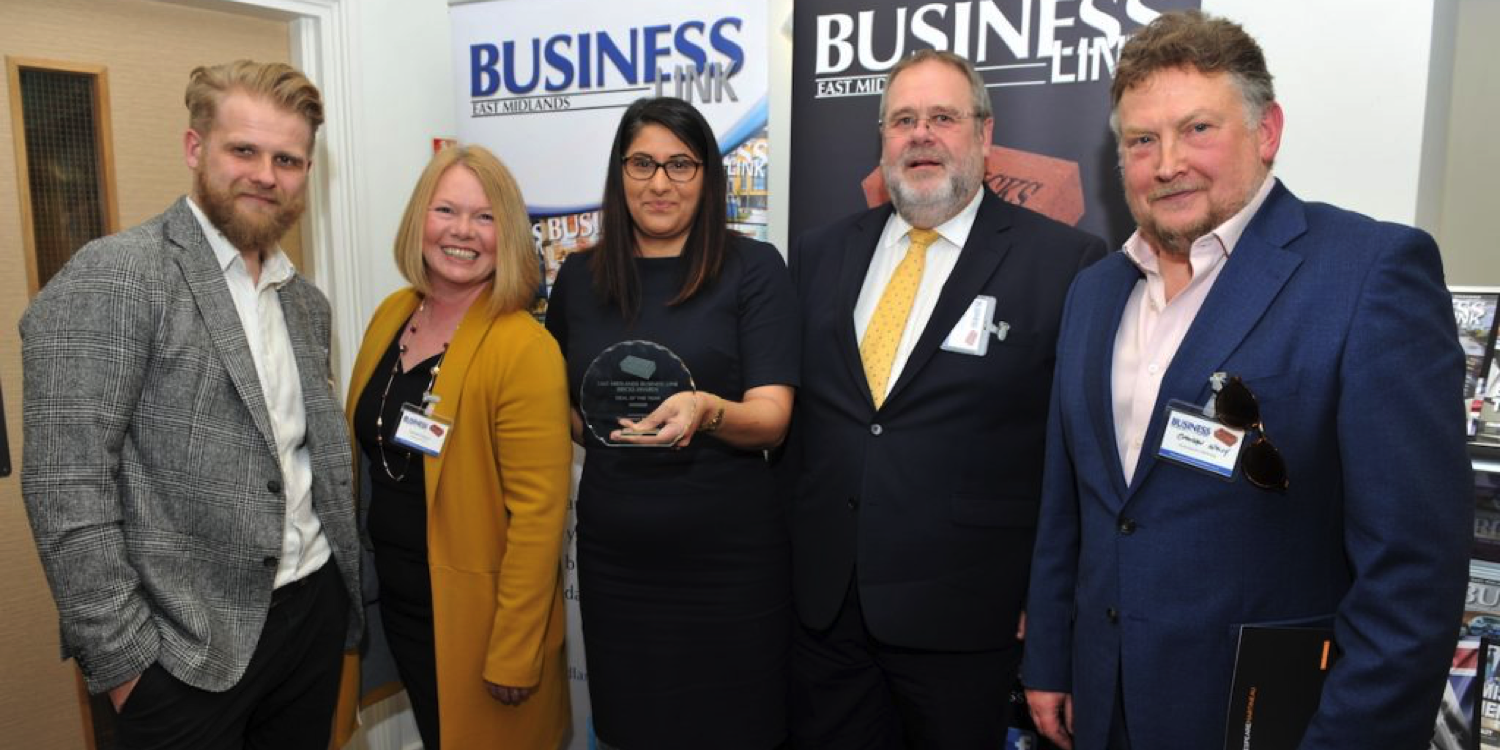 Fairgrove Homes and Nelsons are celebrating a joint award-win after both businesses were named as winners in the Deal of the Year category at the East Midlands Bricks Awards 2019.

The annual event brings together construction professionals from across the region to celebrate the achievements and high standards set by both businesses and individuals within the building sector throughout the previous twelve months.

Fairgrove Homes and Nelsons put forward a joint entry for the Deal of the Year category following the successful purchase completion of the remaining land at the Brewery Yard development in Kimberley – formerly home to Hardys and Hansons Brewery and adjacent to Fairgrove’s Hansons View development.

Nelsons represented Fairgrove throughout the purchase process and both businesses were named as winners for a deal which has seen the successful preservation of several historic Grade II* listed buildings at the former brewery yard – including the kilns, kiln stores, tower and the maltings. Restoration of these buildings will see them converted into luxury dwellings and a business hub alongside a range of quality apartments, townhouses, semi-detached and detached homes in the sought-after location.

This year’s glittering East Midlands Bricks Awards ceremony was held at Trent Bridge Cricket ground on Thursday 28th March – with ten winners announced on the night. Categories recognised a variety of projects, businesses and individuals for demonstrating excellence in construction including Developer of the Year, Contractor of the Year, Excellence in Design and Deal of the Year.

Fairgrove Homes’ Managing Director Steve Midgley is delighted to see both companies take home the award for Deal of the Year – with the news proving testament to months of hard work that has guaranteed a bright future for the brewery yard.

“It is fantastic to see this landmark deal recognised at such a prestigious event as the East Midlands Bricks Awards – especially when you consider the high calibre of entries this year,” said Steve.

“Throughout every stage of our work at the former Hardys and Hansons Brewery, we have ensured wherever possible that the character and history that exists at the site is retained – and the brewery yard is no exception.”

Vanessa Gregory, Sales and Marketing Manager at Fairgrove Homes, sees the partnership with Nelsons as crucial to this success and is excited for the future of the development – “We would like to extend our sincere thanks to Nelsons because through close collaboration, the future of the historic Grade II* listed buildings has been successfully secured to the benefit of the local community of Kimberley,”

“We are excited to commence work on this latest phase and watch the site continue its highly anticipated transformation.”

Mary Gharmount, associate commercial property solicitor at Nelsons, said: “This is a fantastic achievement for both organisations and we’re thrilled to have won the award as a partnership.

“Projects such as this are hugely rewarding to work on – it’s great to be able to be part of such a significant development and see the benefits it will have on the local community. I am personally very proud to be part of an award-winning team and look forward to seeing the development come to fruition.”

For more information about the range of properties at The Brewery Yard, visit Fairgrove’s website.