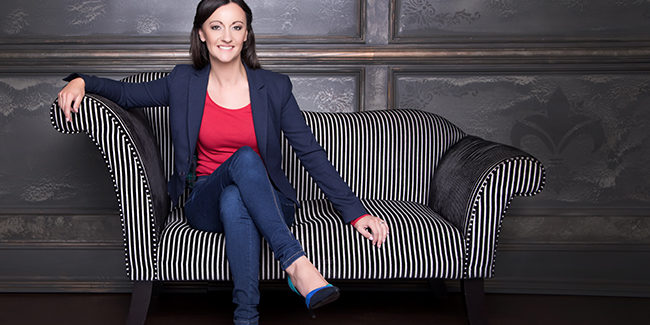 Yvonne Gorman, owner of Essential Print Services and Derby Hub member, has been recognised among just twelve small business owners in the country to be named a “Small Business Hero”.

Small Business Saturday is a nationwide programme that selects twelve business owners to be the spokesperson and public face of the campaign, and Yvonne recently discovered that she has been selected.

Small Business Saturday is a grassroots, not-for-profit campaign that celebrates small business success and encourages consumers to ‘shop local’ to support businesses in their communities. Originally founded by American Express in the U.S. in 2010, it was launched in the UK in 2013 where it has grown in popularity and influence year-on-year with this year set to be the biggest yet.

Yvonne has previously played a key part in the growth of Small Business Saturday, particularly in Derby, having been selected as part of the SBS100 in 2013 and being nominated as a Small Business Saturday UK Champion which has seen her visit Downing Street twice to fly the flag for small businesses. This year she has taken that one step further and will be highlighting the impact that the campaign can have for a business on a national level.

This news comes shortly after Yvonne was nominated for a Great British Entrepreneur Award where she was recently a finalist for the Small Business Entrepreneur of the Year category. The awards acknowledge the hard work and inspiring stories of entrepreneurs and businesses, and celebrate the incredible stories that have taken entrepreneurs to where they are today, regardless of size or turnover. To collect her accolade Yvonne attended an event at Birmingham’s Glee club and was presented the award by host Wynne Evans, better known as the Go Compare man.

If all that weren’t enough, Yvonne then received news that she had been anonymously nominated for an English Women’s Awards for Business of the Year. The results of which will be announced in November.

Yvonne commented: “It’s been a busy run recently! I’m honoured to be a Small Business Hero and to be part of such a fantastic initiative. We have such a strong small business community in Derby and I’m proud to play my part in that. It’s a bit overwhelming to have such recognition; I work very hard to champion small businesses and to support the local business community so it’s heartwarming to have that acknowledged.”

As part of her role in the Small Business Saturday, Yvonne is leading the Derby team arranging an event at the Enterprise Centre on Saturday 7th December. For more information please visit www.smallbusinessderby.co.uk.