3 Lessons every business can take from TV’s Mad Men 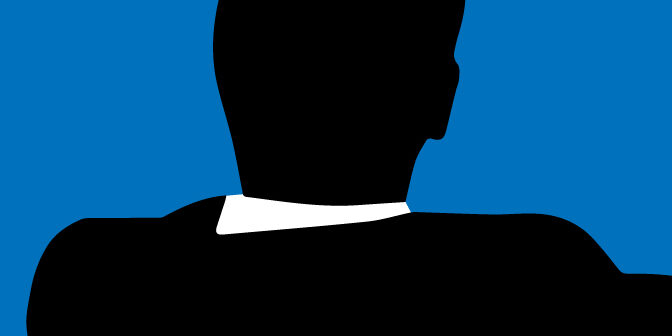 Picture the scene. A smoke-filled bar on Manhattan’s illustrious upper east side. It’s a damp November evening in 1965, and as the rain lashes against the pristine glass frontage, well-heeled patrons clamber through the entrance to stamp the wet from their feet and shake off their umbrellas.

Somewhere, a jazz piano wanders aimlessly in and out of the bravado-fuelled conversation about demanding clients, boardroom upsets and the subtle differences between post-war and pre-war Chanel.

In a secluded and dimly lit corner, an important-looking man in an expensive-looking suit lounges at a leather-clad sofa. He knows that image is all about seduction, and Don Draper exudes it from every pore. Casually knocking back a shot of whiskey, he knows the right way to catch a glance from every onlooking beauty in the room. He even lights a cigarette in a way that screams, “you know you wish you were this cigarette in my mouth right now”.

So, what’s the secret?

No Don, what’s the secret to success?

He thinks about it for a moment, as though he doesn’t quite know the answer, when in fact he’s known it his entire life. Then he lights another cigarette and lays it straight: ‘Success is happiness’.

That’s kind of a—

‘I never said success is being happy. I said success is happiness. It’s the smell of a new car. It’s the freedom from fear. It’s a billboard on the side of the road that screams with reassurance that whatever you’re doing is OK. You are OK.’

It’s been well over a decade since AMC’s Mad Men premiered on our television screens. Still, there’s not a day goes by that anybody running their own business doesn’t walk into a client meeting thinking they’re Don Draper, or Peggy Olsen, or — perhaps to a lesser extent — Roger Sterling.

About a high-flying ad agency on Madison Avenue, the show weaved a complex tapestry of corporate shenanigans, set against the politically-charged and ultra-stylish backdrop of 1960s America: Sexual liberation. Kennedy. The Space Race. Scores of very slick-looking businessmen and women smoking cigarettes, consuming copious amounts of alcohol and sleeping around.

But the show’s most enduring legacy is in the lessons it teaches. There’s plenty of gems to be gleaned from the moment to moment goings-on at Sterling Cooper, and a great deal more in the immortal words from the man himself, Don Draper.

Right up there with “Change is neither good nor bad. It simply is…”, it’s important to remember the status quo in business rarely sits still. Change is inevitable, so why not be the one to affect said change? 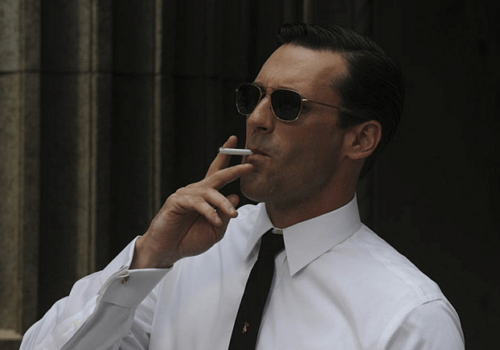 In the episode where Don loses Lucky Strike as a client, he decides to pen a letter to the New York Times explaining his decision to no longer take on tobacco accounts, regardless of how good the money may be. This move not only put the agency in a good light but also changed the narrative from crisis to opportunity.

It’s been said countless times that a service or product is only as good as the conviction with which the seller believes in it. Of course, that’s not an absolute rule, but there’s lots to be said for passion and conviction.

Selling a product or service requires you to hone in on what makes it ‘more’ in the eyes of you and your customers. That requires feeling, emotion, empathy. People don’t buy things out of necessity, at the route of necessity is meaning, however tangible or intangible.

Bridge the gap between necessity and meaning through feeling — the smell of a new car, the freedom from fear, the billboard on the side of the road that screams with reassurance that whatever you’re doing is OK. You are OK. Tap into whatever drives your customers on this deepest of levels, and then you become one with the product.

Whether it’s a one-time purchase or a long-term partnership, all customers have a shelf-life and the quicker you accept that fact, the sooner you can prepare your business to keep moving forward (which kind of ties in with our first point about change being inevitable). You may have outgrown them, they may have outgrown you, maybe circumstances have dramatically changed. Regardless of the reasons why, it’s important to factor losses like these as part of your ongoing strategy. 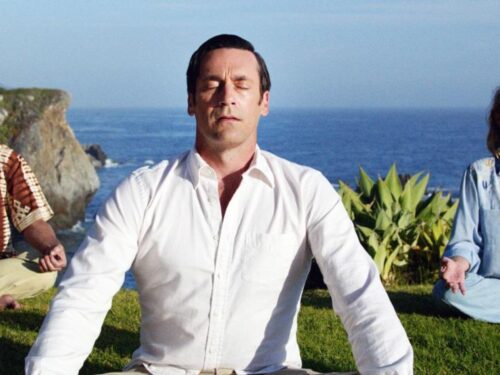 From a pragmatic standpoint, this is certainly a helpful way of staying agile — doing all you can to keep clients happy while focussing efforts to have more sales in the pipeline. But as a mindset, it’s a healthy thing to know that you can’t possibly control all the moving pieces concerning business, people and the cosmos. As Draper so bluntly puts it, “There is no system. No grand scheme. The universe is indifferent.”

And when you stop to think about what that means in terms of success, doesn’t that bring you some semblance of happiness?

Note: this article was originally published on Koobr.com